The tiny town of Phil Campbell, Alabama, was devastated by a killer tornado in the spring of 2011. It was literally flattened! Now, three years later, I have the privilege of speaking to an amazing group of women on May 3rd.
The women of First Baptist Church of Phil Campbell have had a tremendous task. Their church was almost the only building left standing in this terrible tragedy and it became the “Command Center” for the disaster relieve effort.
Pray for me as I try and bring a little joy into the lives of these women, my heroes, who have made such a difference in the lives of the people of Phil Campbell, Alabama. 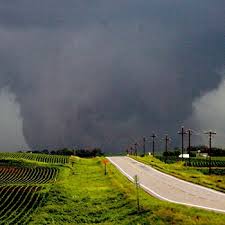 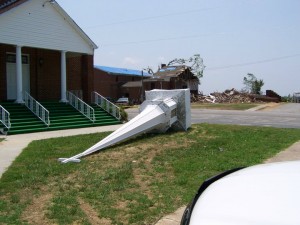 Known for her colorful characters and distinctively Southern locales, Annie Cole has a true passion for storytelling. She credits her ability for weaving an imaginative tale to her Creator and every story about this Southern life finds a way to point back to Him. Descending from a long line of storytellers, Annie is indebted to her grandmother whose captivating stories of life growing up on a Louisiana plantation instilled in her a love of legends and folklore which she artfully intertwines with the deeper truths of her faith. She and her husband make their home in the Muscle Shoals area near the banks of the “Singing River” where they enjoy the art, music, literature, and faith of their community. To date, Annie has written four novels with a fifth book in the works. When she is not writing, she loves spending time with her family, speaking to community groups, and enjoying the outdoors.
View all posts by Annie →
This entry was posted in Miscellaneous. Bookmark the permalink.